I recently came across this commercial for Wall's Feast that I was in.
We filmed it in the Masai Mara in Kenya in 1987.


I never recorded it and haven't seen it for 25 years. The extraordinary thing about it was that it looks as though it was filmed in a studio, but everything you see is for real.
We flew from Nairobi in an old Dakota, 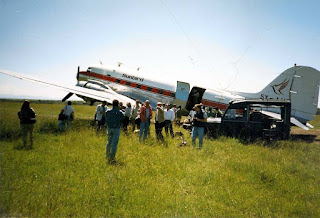 and set up an enormous camp in the middle of the Masai Mara. 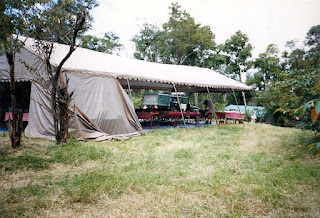 The giraffes in the background were being herded by four landrovers. 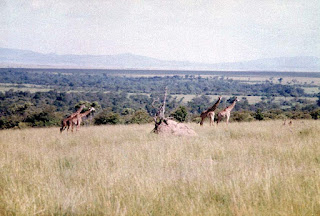 The setting sun with the acacia tree for the end shot was timed to perfection so that we embraced at exactly the right moment. The shot of the girl (Emma Harbour) with the giraffes behind was us standing on top of a landrover with a camera assistant waving a small branch in the top left of shot, while the reverse on me was shot at a safari lodge. 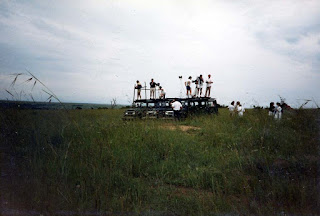 An entire camera crew were housed in a tented encampment provided by Abercrombie and Kent, with an enormous support team of caterers, drivers and armed guards to defend us against elephants and lions at night. I had my own tent with verandah, personal valet and shower. It was just like the thirties. 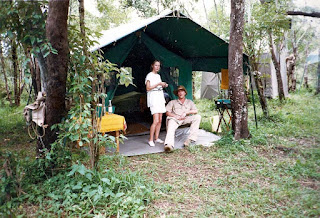 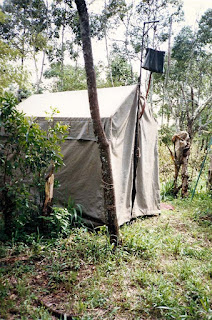 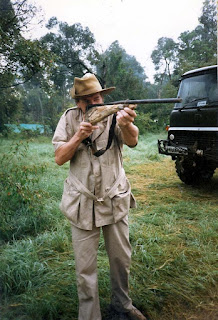 The ice creams were kept in a cold box with dry ice so that some of the Feasts were rock solid, and some were half melted. When I bit into them I never knew which it was going to be, rock or bleucchhh.
We waited for four days for the skies to clear and for the incessant rain to stop so we could get the shots. Driving everywhere looking for giraffe and elephant, and getting badly stuck - 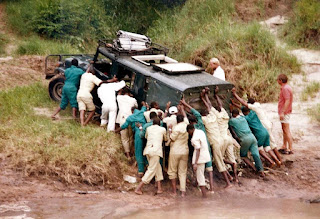 During this time we played liar dice, to a standard never since surpassed. I ended up as the champion and was rewarded by having iced water poured down my trousers.

Today it would be shot in a studio in a day. In the glory days of advertising, agencies would write copy that demanded we all go off to Africa for a fortnight and have a riot. I was also paid an absolute fortune, that only slightly compensated for the fact that my son Will, then aged 3, was in the Whittington Hospital in a totally frozen London with suspected Still's Disease (juvenile chronic arthritis). It turned out he didn't have it and was fine, but not before they'd pumped him full of steroids and seriously worried the pants off everybody, and it was not a time to go away.

I wrote a song and a radio play about it.

Posted by Tim Bentinck at 16:38 No comments: