Last year I was asked to play a bank robber in a film by the wonderfully named Bugsy Riverbank Steel called 'Locked Up' - a funny 6 minute short about a robbery that goes wrong. Last month it won 'Best Short Film' at the Lanzarote Film Festival, beating over 1,000 other entries! Here's Ross Armstrong, who plays one of my sons, collecting the award. 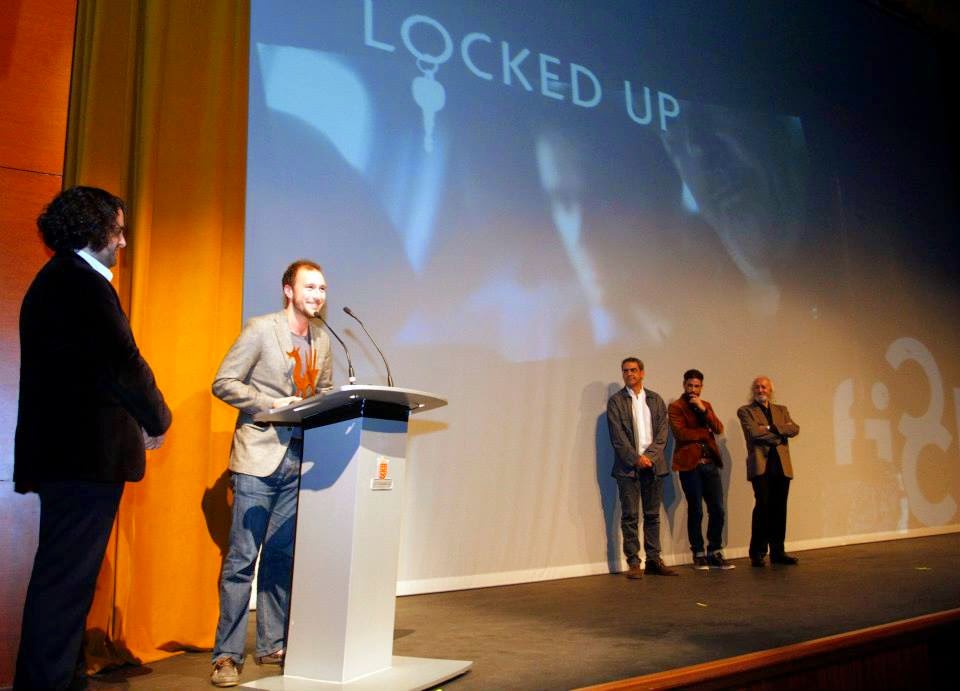 And here is the film. The password is 'bugsy'

It still makes me laugh!
Posted by Tim Bentinck at 18:05 No comments: